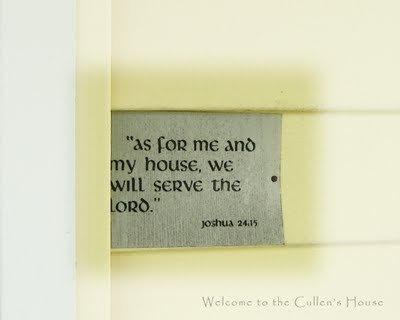 A door plaque at Anne's House. 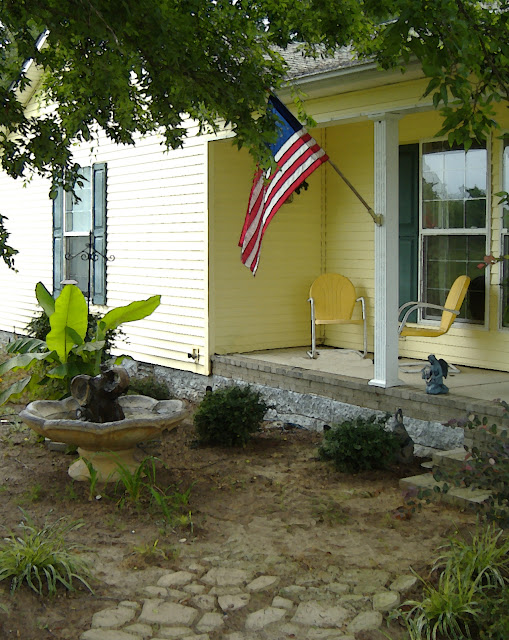 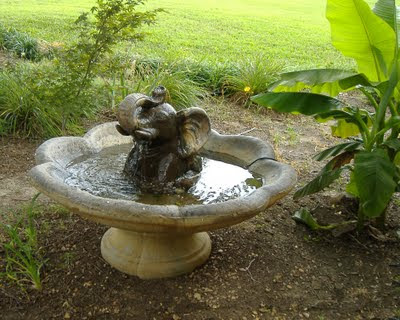 And elephants in hidden gardens.
No comments:

When you think of a “rock garden” I know this is nothing like you would have imagined. 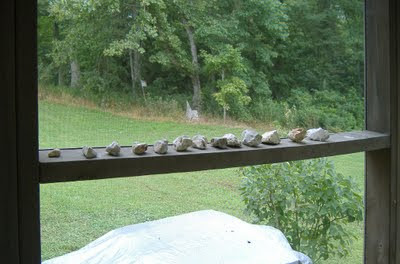 Folks around here have a thing about rocks - at least in my family. And my sister Anne (aka GammieAnne to her grandchildren) is the only one I know of who puts them so proudly on display. She also has an elephant in her yard. We’ll talk about that another time. 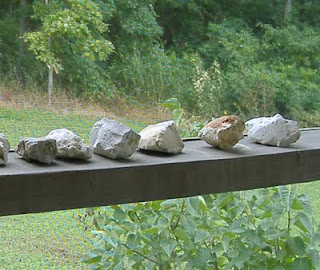 Email ThisBlogThis!Share to TwitterShare to FacebookShare to Pinterest
Labels: My Sister Anne, Rocks, The Lake

If anyone places anything white on our floor, Murphy thinks it is his job to sit on it.


It doesn't make any difference what the white thing is ... a piece of paper, bed linens, my underwear .... just anything white.  And he always has the same pose or sits the same way, like he's trying to hatch it.

We used to have a dog that did the same thing.
Does anyone know why they do this?
No comments:

Elvis At The Paris City Auditorium

I know you ask sometimes, “Where does she get these ideas?”  Well, this is how “Elvis at the Paris City Auditorium” came about.

During the North Poplar Street Yard Sale last month, my Aunt Jane took me on a tour though some back yards. There was a sign she wanted me to see at the old Paris City Auditorium. The sign had something to do with Elvis.

We traveled down the driveway of Carol & Kenny Doster. We passed this Peace Sign.

Then we passed ﻿this really big paw print.

Then we came upon the old Paris City Auditorium. 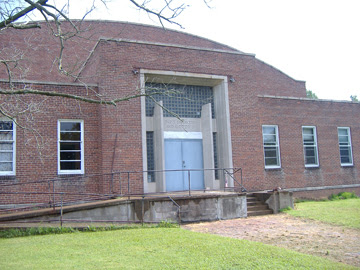 It was a little sad to see it this way. According to Visit Downtown Paris - “This building was used for everything from basketball games to concerts. In its hey day of the 50’s and 60’s, everyone from Elvis to Jerry Lee Lewis to Flatt and Scruggs performed there. There are a million memories and songs permeating that building!” 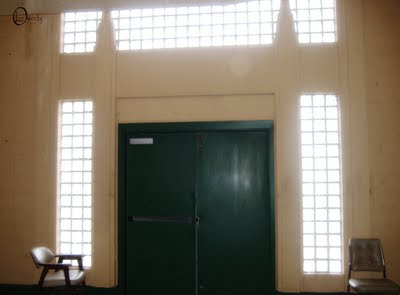 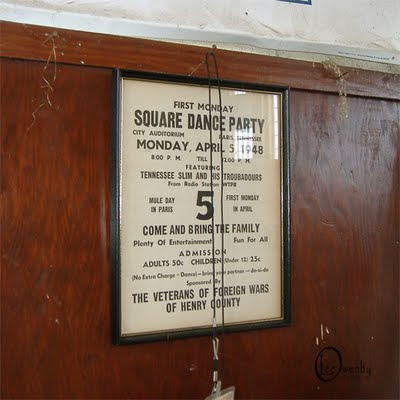 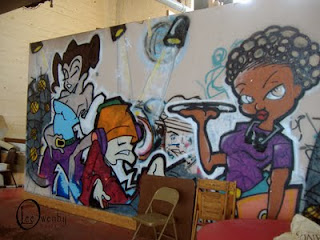 And then,
I saw this. 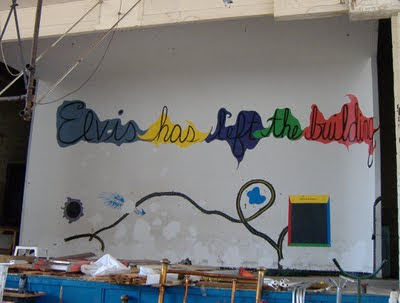 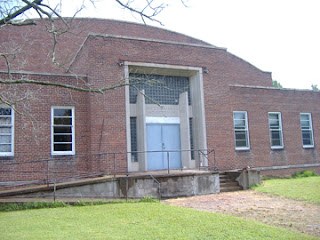 And turned it into this. 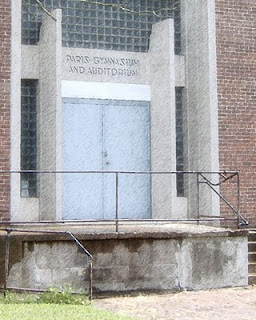 Then I added the Elvis sign I had seen inside.... 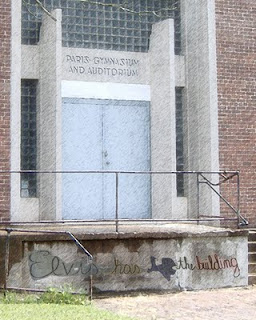 and put it on the front porch to get this.

And then I really got carried away. It just needed a little more Elvis. I won’t keep you in suspense anymore. This is the final product. 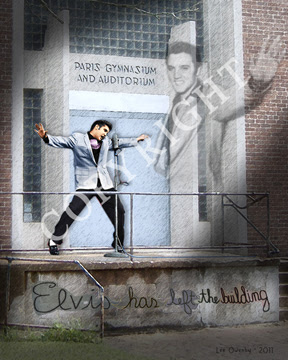 This is exactly how I feel sometimes.   Image
No comments:

Took Murphy to the vet yesterday. It was time for his annual visit, plus I wanted to ask about THE baldness problem. There is a new vet at our clinic, Lakeway Animal Clinic.

After I dumped Murphy out of his cat carrier (which requires me to turn the box on it’s end and shake) he strutted his stuff across the metal examination table. The new vet, Dr. K. rubbed his back, scratched his ears and then she leaned over and kissed him right on top of his head.

I was a little surprised and said, “Did you just kiss him on his head.” She said , “Yes. I really didn’t mean to be so obvious about it.” She was embarrassed, but she shouldn’t have been. I have also kissed Murphy on his head before. He’s a very kissable fellow. I would probably kiss him more often if he weren’t covered from head to toe in fine black hair … except for that one bald spot.

At any rate, she won me over. I figure anyone who loves animals so much she kisses them, …. Well, she’s got to be a pretty wonderful vet. Murphy agreed. He’s forgotten all about Jewels the Fishtale Cat (she had her chance) and he is now in love with Dr. K over at Lakeway Animal Clinic.

Back to the baldness. As it turns out, no, he should not have a naked tummy. Dr. K says he could be a little OCD, and he’s just doing a little obsessive grooming, or something could be irritating his tummy causing him to nibble and pull out the hair, OR (and yes this is a big OR) he could be dragging it across something that is pulling the hair off. Like maybe his tummy drags over the edge of those really rough steps out in his bachelor pad.

We are supposed to keep a close eye on him and see if we can figure out the problem.

I just knew it had to be the steps. So far Murphy and I have had two Mexican standoffs. Both of us standing   in the back yard staring at the steps. I want to see him walk up them so I can tell if his tummy is dragging. He’s just standing there, probably wondering what I’m doing out there in his bachelor pad. I gave up first the first time. It was about 95 degrees and really hot. The second time, rather than walk up the steps as he always does, he went to the side of the steps and simply leapt onto the landing and then shot through the pet door.

Somehow, I knew this wouldn’t be easy.
No comments:

As some of you may know, North Poplar Street in Paris, Tennessee is one of my favorite places.  Every year the folks on North Poplar have a yard sale and I always try to go.  I seldom buy anything because I get so carried away taking photos.  And that's exactly what happened this year. 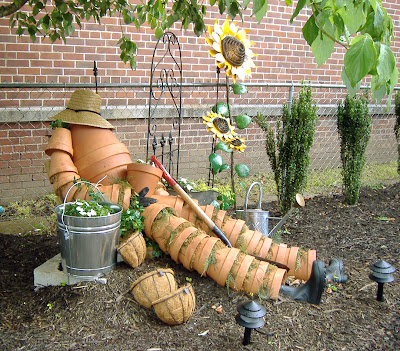 Rufus resides on North Poplar Street in the backyard  of the home belonging to Tae & Karen Eaton. 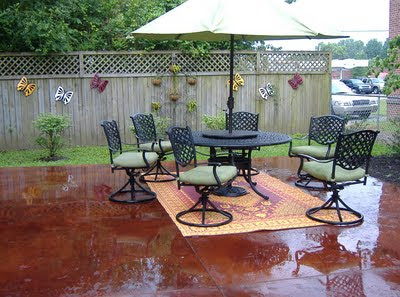 The Eatons have transformed their backyard into a magical haven which would befit the finest landscaping magazines. 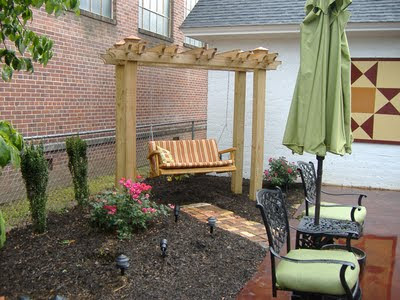 And they did all this work themselves. 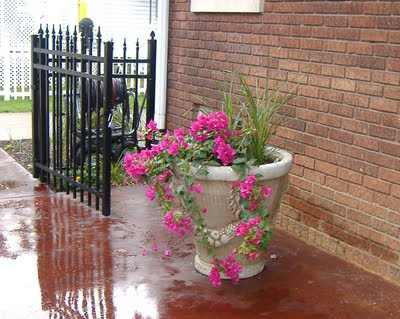 I love this backyard and want one just like it.

More photos from North Poplar to come!
No comments:

I guess the jig is up.

Murphy needs a toupee.
No comments: