Had a question the other day about “The Dinghy, Image C.”  They had seen it on one of my websites and wanted to know, “Why the C?”   Well, it’s a little complicated. Let me start at the beginning. 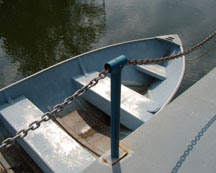 Here is the original photo.  It’s the dinghy for the marina down at Paris Landing State Park. It’s just a metal boat without a motor they would use to paddle around when they needed to get between the docks. This was just a quick snapshot and later, when I opened it on my computer, I realized I really got lucky with the composition. I think the original  looks pretty good as it is, but you know me … I just have to play with it.
So the first one I came up with looked like this. 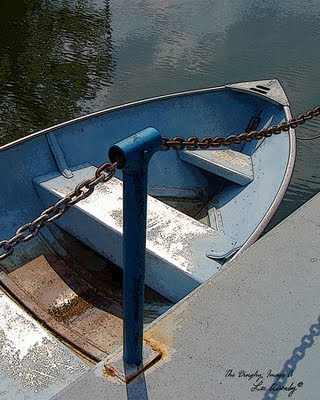 "The Dinghy, Image A"
This later became known as “Image A.”  I really liked it, but I really wanted the blue to be just a little different shade. So while I was experimenting I came up with a completely different color …
Brown. 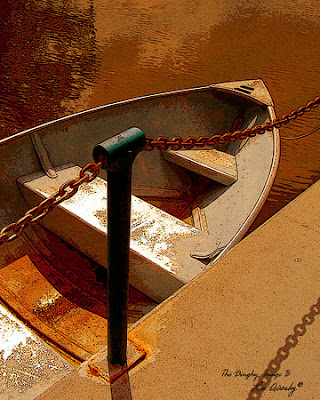 "The Dinghy, Image B"
Which I also really loved and had to save it also for my permanent collection as “Image B.” Then of course, I was still looking for just the right blue and finally came up with 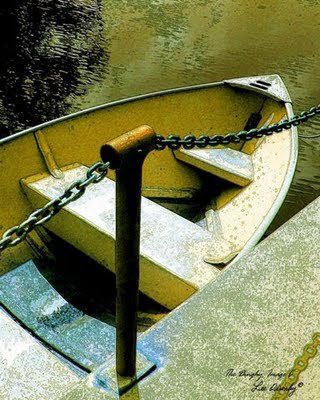 "The Dinghy, Image C"
Buy a print.
Image C which has just the right shade of blue and a little golden brown also. So, in the end, I liked Image C the best, but I also really loved Image A & B, and kept them all.
Here is a little detail of one of the things I like so much. 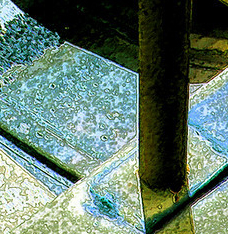 It’s all those little squiggles of texture.
Hope you like it too!