When I was a little girl and we started coming to “The Lake” - Rice’s Store was sort of the end of civilization as we knew it. It was the last place to stop and get groceries. And to a little kid from the big city of Memphis it really was a fascinating place. It wasn’t like the Big Star Store or Kroger’s. In addition to the few staple type groceries they sold, they also had some fishing paraphernalia, straw hats (the original sun screen) and I think they even sold minnows.

But I think the thing I found most fascinating was that they would actually make you a sandwich right there on the spot from groceries they had in the store. Bologna with lots of mayo was my favorite. 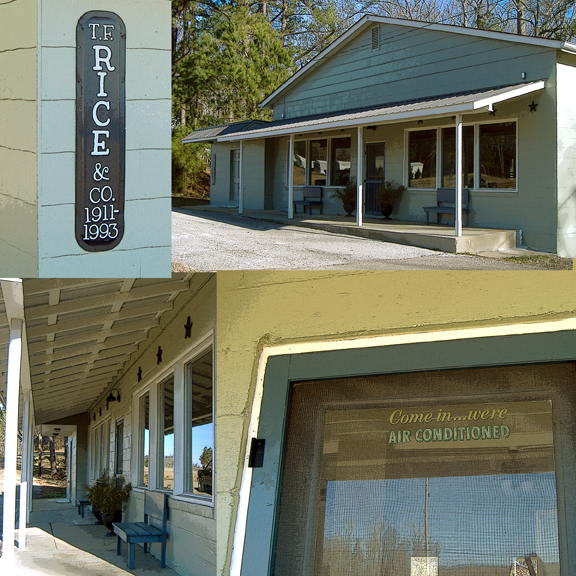 The store has been closed for quite a while now but if you’ve been down the Lake Highway lately you are bound to have noticed some interesting activity. Rumors are rampant all over Paris Landing.

Yes! Rice’s Store is going to re-open under the management of the Rice family. It will have a new name and a different type of merchandise. Watch for a grand opening in April. More info later.

yes, we heard this news awhile back! our friends who own the "Homestead" Garden and Gift store told us that it would be opening as more of a giftshop, etc...can't wait. We have alot of guests from out of town here, so it will make another interesting place to visit and SHOP!

I can't wait! Way to go Cindy and Terry!